What if you could slide into a thousand different worlds? 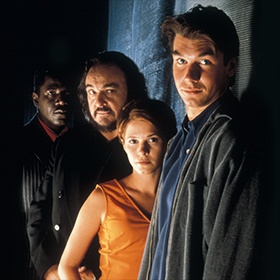 Earth Prime is pleased to share with fans footage cut from the third season episode. Enjoy this gift from us to you, and happy holidays! 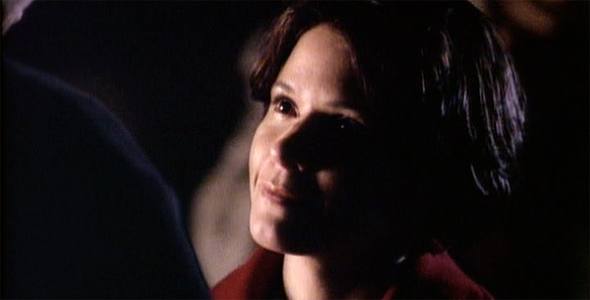 Former "Sliders" executive producer Jacob Epstein talks about how to run a show, how to properly rewrite a script (for no credit), and the politics of making television during the first two seasons.

What if I told you everything you knew about "Raging Quinn" was all wrong? That it was a balls-out crazy entry in the Sliders pantheon that featured ultraviolence, grand theft auto, and murder by dolphin? You read that right. Murder. By. Dolphin.

Since its founding, Earth Prime has become the largest site dedicated to Sliders on the Internet. An extensive Episode Guide, Reviews, Scripts, Articles and Comics — Earth Prime has everything a fan could need.

Sliders is an ambitious and satirical state-of-the-art adventure series which follows four explorers who discover a gateway to travel to parallel dimensions of Earth.

Sliders asks the perennial question “what if” and chronicles the adventures of pioneers who have figured out how to “slide” through parallel dimensions of Earth, experiencing and exploring Earth today as it would be if a different path had been taken, personally or historically. So though it’s always Earth today, the group encounters a different “what if” scenario each time they “slide” into parallel dimensions.

The eclectic group of travelers includes: Quinn Mallory (Jerry O’Connell) — a young genius who finds the key to “sliding” travel from a homemade laboratory in his basement; Professor Maximillian Arturo (John Rhys-Davies) — Quinn’s traditional professor who reluctantly acknowledges his student’s brilliance and goes along for the scientific ride of his life; Rembrandt “Crying Man” Brown (Cleavant Derricks) — a member of the classic singing group “The Spinning Tops” and is known for crying real tears at every performance, is unwittingly caught in the momentum of the initial “slide” on his way to sing the national anthem at a local sports event; and Wade Wells (Sabrina Lloyd) — a computer technician and Quinn’s good friend whose unrequited love is a source of tension between them.

During the series’ run, the group also featured Colin Mallory (Charlie O’Connell), Quinn’s long-lost brother from a pre-industrial earth, Maggie Beckett (Kari Wuhrer), a military officer rescued from an Earth destroyed by a rogue pulsar and Diana Davis (Tembi Locke) and Mallory (Robert Floyd), employees of a company exploring the possibility of combining parallel dimensions. After 5 seasons and 87 episodes, Sliders was cancelled in 2000 despite high ratings and fan enthusiasm.