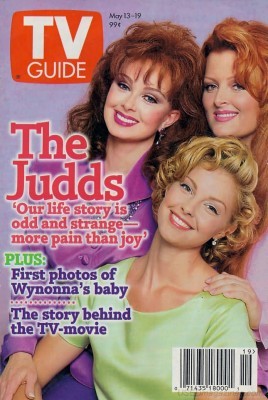 The smell of caviar wafts through the $1500-a-night Vancouver hotel suite where the cast of Fox’s Sliders is luxuriously ensconced on an antique divan, shooting a scene. The actors — Jerry O’Connell (bearing no resemblance to the pudgy kid he played nine years ago in the movie “Stand by Me”), John Rhys-Davies (best known for his role as Indiana Jones’ bombastic Egyptian sidekick, Sallah), Cleavant Derricks and Sabrina Lloyd — drink from crystal goblets and eat from silver plates, as a coterie of high-fashion models sashays across the floor.

Rhys-Davies, a man of admittedly voracious appetites, digs deeper into the caviar with each succeeding take. O’Connell, between shots, wanders over to the models and attempts to get a phone number or two.

“I’m telling you,” says the 21-year-old O’Connell, arching his brows as the women prepare for another twirl around the room, “this is a really great job.”

“Ah, yes,” Rhys-Davies chimes in, between bites of beluga. “You catch us on a particularly good day. Normally, we’re out in the cold and the rain, running down streets and falling on cobblestones.”

That’s the problem with sliding through cosmic wormholes from one parallel universe to another — the reality bending premise that has unexpected propelled Sliders past the more heavily hyped VR.5 to become Fox’s hottest cyber-buzz show since The X-Files. You never know where you’re going to land in your quest to get home. Every week the cast finds itself on a different version of Earth — Earths where Elvis never died, or where penicillin was never discovered. Earths where women dominate society, where intellectuals are more revered than athletes, where America lost the Korean War.

Co-executive producer Tracy Tormé, whose writing credits range from Saturday Night Live to Star Trek: The Next Generation, came up with the idea after reading a biography of George Washington and realizing that “if one British soldier had aimed a little better, there wouldn’t have been a United States.”

“There are so many what-ifs in life, historical and personal, choices that, had they been slightly different — left instead of right at a stoplight — could have changed our whole lives.”

So Tormé created the character of Quinn Mallory (O’Connell), a genius physics student who accidentally builds a gateway to alternate realities in his San Francisco basement. Along for the ride go an arrogant professor (Rhys-Davies), a spunky computer sales clerk (Lloyd), and, by accident, a washed-up ’60s soul singer named Rembrandt “Crying Man” Brown (Derricks), who has proven to be the show’s most controversial element.

“I was worried the character might be too broad for television,” says Derricks, who won a Tony Award for Dreamgirls but feared the emotional histrionics of the Crying Man — he wails hysterically at the thought of losing his red Cadillac — might not play well with some. A few reviews included phrases such as a “minstrel show” and “racist shtick.”

“It may have been my fault,” Derricks says. “If I’d pulled back a little it would have been better for the audience, for the black community, to accept. Maybe down the road we can pull out some other aspects of this character, so he won’t just be comic relief.”

If the current ratings hold and Sliders returns to Fox in the fall, appeasing Crying Man’s critics won’t be Tormé’s only challenge. There have been complaints — from fans, critics, and cast members — that the storylines haven’t lived up to the show’s tantalizing premise, that rather than exploring the potential consequences of mankind’s choices, the series often takes the easy way out: The sliders arrive in a new world, get in some kind of trouble, are chased by the bad guys, and, just in the nick of time, escape.

“If the show doesn’t have more science fiction in it, I will probably leave. I don’t really want to do Lost in Space, you know?” says Rhys-Davies, who exited The Untouchables two years ago when he became dissatisfied with his character’s storylines.

“If we return,” says Tormé, “we’d really like to throw some curve balls next season. But the people who accuse us of dumbing down the show are wrong. We’re walking a fine line of doing a mainstream sci-fi action-adventure show with a real sense of black comedy. It’s not an easy thing to do.”

O’Connell, however, can’t imagine anything better than pretending to be in another world. “I really feel sorry for people who have to work on a drama where it’s all talking and standing around,” he says, wolfing down lunch in his trailer. “At my age, I’d rather be jumping through stuff.”

O’Connell, just one course shy of a degree from NYU film school, got his breakthrough part in “Stand by Me,” he says, “because I happened to be 11 and fat.” By the time the movie hit theaters a year later, he was lean, athletic, and eight inches taller. He now stands over six feet.

O’Connell became an honors student at NYU and captain of the school’s fencing team. “Jerry could have easily been an All-American if he hadn’t taken time off for acting,” says NYU fencing coach Steve Mormando. “If he wanted to try for the 2000 Olympic Games, he’d definitely have a shot.”

But acting, for now, takes precedence. O’Connell, who, before Sliders, starred for three years in the syndicated My Secret Identity, is spending the summer starring in a feature film, “Joe’s Apartment,” and will soon appear in the ABC movie “The Ranger, the Cook, and a Hole in the Sky.”

None of which O’Connell takes for granted. He says he’s amazed every time he gets a part.

“I can’t believe I’m getting paid for this; none of us can,” he says. “My mother’s a teacher and my father’s in real estate. They were out here, and they can’t comprehend it . They were trying to pay the guy in the catering truck for lunch. I say, ‘No, Ma, it’s included.’ And she goes, ‘Oh, it’s like a cruise.'”

Well, at least on days like today, with caviar and models. But even when he’s reminded of the days spent in Vancouver rain and chill, O’Connell can’t find it in himself to complain. “Standing around in the rain and cold is what they pay me for,” he says. “The acting I do for free.”