Still Sliding, Despite a Bumpy Ride 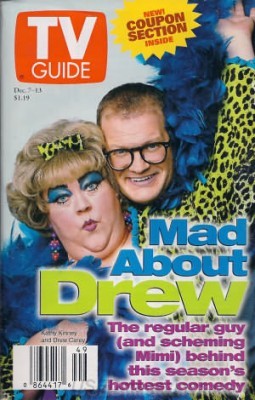 “Sliders is the Little Engine That Could,” says Sabrina Lloyd, who plays computer whiz Wade Welles. “You know, ‘I think I can, I think I can.’ We keep going up that hill, and I think we’re at the top now.”

Plagued by mixed reviews, internal dissension, inconsistent ratings, and repeated rumors of cancellation following each of its first two seasons, the series has still managed to build a loyal core audience after coming off the bench as a midseason replacement in March 1995.

As a result, Fox rewarded Sliders with a prime spot in this fall’s starting lineup — Friday night before Millennium-and an order for a full season’s worth of episodes. “We’ve defied the odds for two straight seasons,” says Sliders creator Tracy Tormé. “Now we’re back for a third and finally getting a legitimate run.”

But the show was barely into the new season when tragedy struck. While shooting an early episode on location, guest star Ken Steadman was killed in a dune-buggy accident.

“It devastated the entire company,” says Cleavant Derricks, who was speaking with the 27-year-old actor just a half hour before he died. “We still have wounds from it. Young people lose their lives every day. But to have it happen in front of you like that really brings things into perspective.”

The cast and crew of Sliders continue to morn their colleague. At the same time, they’re determined to continue working to make Sliders live up to the potential of its intriguing concept: an eclectic team of crusaders who pass through alternative versions of history. This year the political allegory and dark comic satire are being scaled back in favor of action, adventure, and special effects, with destinations ranging from a ‘Road Warrior’-type world in which San Francisco and Los Angeles have merged to another in which nerds are in power because they can invade people’s dreams.

“I think this year at last we’ve had some scripts that begin to express the premise’s sense of the infinite possibility,” says John Rhys-Davies, who appeared in Raiders of the Lost Ark. “The ideas for the show are getting more ambitious. I’m very optimistic.”

This season’s ratings are looking up as well. But while Rhys-Davies is encouraged, he insists that the people behind Sliders are anything but complacent. “There’s still huge room for improvement,” he says. “Sliders can be Fox’s Star Trek. Once we realize that’s the case, there will be no stopping this show. And we’re getting there.”