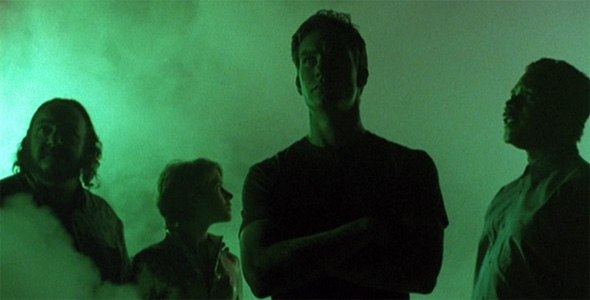 Wade runs afoul of a group of nerds holding Santa Monica in a grip of terror. With the use of psychotropic drugs, they’ve discovered a way to invade people’s dreams and turn those nightmares into realities. Frightened for her life, Wade attempts to stay awake, but both she and Rembrandt are drugged. Under their spell, Wade exhibits actual physical damage from her encounters with her tormentors inside her head.

Quinn goes undercover inside nerd headquarters to gain access to the drugs, and Arturo and Rembrandt team up with an underground clinic that ministers to the victims of the dream masters. To save Wade, the remaining Sliders must fight the nerds on their own turf — inside Wade’s head. Once they convince themselves none of it is real, they turn the dreams against their oppressors. 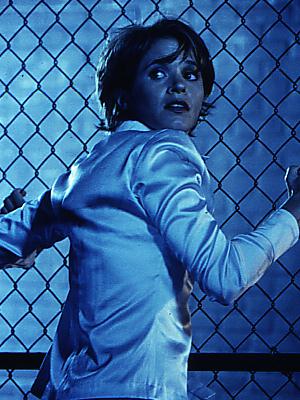 In 1991, a university scientist named Vincent Cardoza began experimenting with dream manipulation via the use of psychotropic drugs and multi-protagonist hypnosis to invade a person’s consciousness. When another scientist, Dr. Edward Lujan found out, he rallied the authorities to stop Cardoza.

Cardoza was forced to leave the school but not before gaining the support of several students whose lack of social skills made them subjective to Cardoza’s leadership. Cardoza and these students eventually became the dream masters. The dream masters visit their victims during REM (rapid eye movement) sleep and sometimes facilitate the sleep process by drugging their victims with the sedative orphenene. Victims of the Dream Masters can find some solace in an underground shelter set up by Olivia and Edward Lujan. Edward tried experimenting with REM blocking drugs but they had too many side effects. Those who try to fight the Dream Masters often find themselves in a coma… or dead. 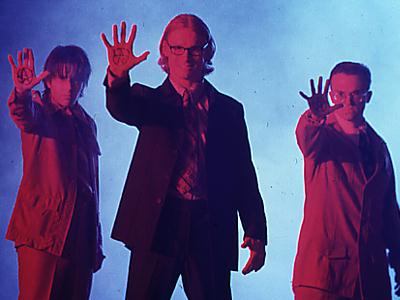 Tracy Tormé spoke a little bit about this episode.

“Melinda Snodgrass… is writing a Halloween show, which is pretty interesting and spooky,” he says. “I worked with [her] on Star Trek.”

“We’ve got one episode, directed by Geoff Levy, and it’s pretty freaky,” Jerry says. “Making it I was freaked out, but I saw the cut and it’s a little frightening — and I’m a hard scare!”

This episode was originally scheduled to air on October 25, 1996, but Fox decided to move it up one week in order to schedule an episode of the “X-Files” to run before “Millennium.”

“Dream Masters” fails on almost every level: it doesn’t fit the mold of Sliders, probably because it’s a poor man’s ripoff of the “Nightmare on Elm Street” series, itself a failure of a franchise.

Wade becomes the target of a group of dream terrorists, who control people with their ability to tinker with the victim's innermost fears.