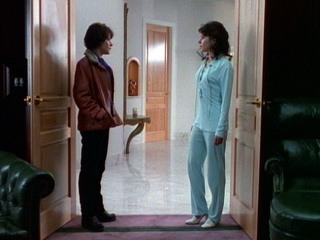 Quickly, what’s the difference between Time Again and World and “The Young and the Relentless?” Both have utterly implausible alt-histories; both couldn’t keep their timelines straight with an atomic clock. So what makes one a full two stars better than the other? Despite its numerous problems, “The Young and the Relentless” is fun to watch. And that, my friends, makes all the difference.

The Sliders have had their troubles with doubles before. Quinn’s others always seem to create havoc; Arturo’s doubles are always trying to screw them over; and Rembrandt’s doppelgangers pop up from time to time as well. We rarely see other Wades. The only one we have seen was immediately killed. But other Wades can be just as troubling as the doubles of her companions. I’d go so far as to say the alt-Wade of this world is as villainous as any human they’ve encountered. 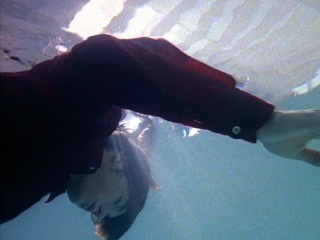 Sabrina Lloyd puts together her best performance yet as a power hungry, morally bankrupt software vice president. The doppelganger Wade is so foreign to our own beloved Wade that it’s like watching two different actresses. At one point while watching this episode, I even remarked “This is really good, but they’re screwing over Wade again. She’s barely in this episode… oh, wait…” That’s how remarkable Lloyd is here. And she needs to be, because this is perhaps the most poorly thought out episode of the series.

The timeline is a complete disaster. We really have no idea how long they’re supposed to be here. It jumps from 24 hours to 72, back to 48, and starts over again. We never get a glimpse of the face of the timer, so we have to rely on context clues and offhand references. That said, here goes:

The four slide in to this world in the late afternoon and immediately discover Quinn’s double floating face down in a pool. He’s already dead by the time the four arrive, but the shocks keep coming. On this world, Quinn was married… to Wade. Alt-Quinn’s death couldn’t have come at a worse time. He was supposed to lobby the legislature to get his revolutionary new education program, EduLearn, passed. Alt-Wade tells them millions of public school children will have to go without… that is unless Quinn would be willing to step in and play the role of his double tonight at a party. 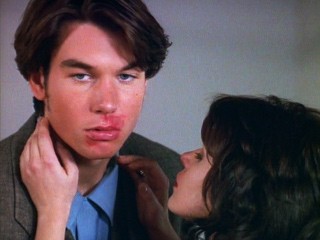 Rembrandt and Arturo are against it and we get our first timeline clue. Rembrandt asks Quinn what good it will do to impersonate his double if he’s leaving town tomorrow. But Quinn does it anyway. Let’s face it. Quinn has enough trouble saying no to the regular Chicks of the Week; he’s putty in alt-Wade’s hands. Due to their ages, Rembrandt and Arturo aren’t allowed into the party. On this world, the youth took over and now anyone over 30 is looked down upon. More on this utterly ridiculous alt-world later, we’ve got a major plot point coming up.

Quinn gets the job done at the party and he and Wade prepare to meet up with the others at the Dominion. But there’s a hitch. Quinn did so well that his double’s CEO, Kyle Beck, wants him to keep the act going for the governor on Friday. To ensure that happens, he holds the timer hostage. Now here’s a fun little side note. Quinn is about 6’2″, 6’3″ and reasonably physical. Kyle Beck is about 5’7″ and weighs 150 pounds soaking wet. With no one armed, wouldn’t it have made sense for Quinn to just hang Kyle upside down by his ankles until he cried uncle? How about a Wet Willie and a Purple Nurple? But for the sake of plot, Kyle’s little coup succeeds. 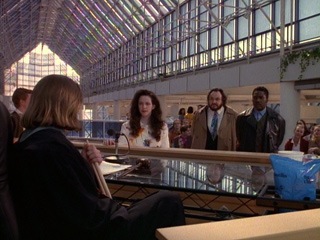 Meanwhile, Arturo and Rembrandt get into a bar fight at the Lamplighter when they are refused service for being overage. The two are arrested and the next morning they are arraigned. The timeline takes a new twist when Rembrandt tells his defense attorney that they’re leaving the day after tomorrow. Huh? Rembrandt, you just told us yesterday that you were sliding today. But it gets better — Quinn is discovering that alt-Wade is nothing like the Wade he knows and he begins to suspect that she’s the one holding him here. She tells him they’ll need him until the week after Wednesday. Quinn says the deal was to meet with the governor, which he will do tomorrow. He needs to slide out by Wednesday night or he’ll be stuck there. The hell? So what day is it? If he’s meeting the governor tomorrow, then tomorrow should be Friday, right? But it’s clearly Monday or Tuesday if Quinn is sliding out Wednesday. But it gets better still! Enter the endless night. 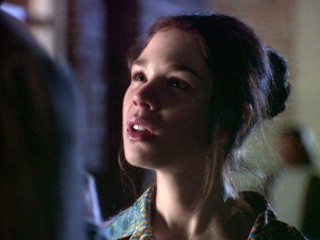 Arturo and Rembrandt manage to escape the law when Arturo fakes a heart attack. The two are left stranded far away from Quinn and Wade and have to stay in a shelter in order to beat curfew. On the other side of town, Quinn learns that alt-Wade killed Quinn’s former partner. For some inexplicable reason, Quinn goes back to his office to use his phone. I say this is inexplicable because in the previous scene he was leaving the office and talking to Wade on a cell phone. Why go back in? Why, to move the plot, of course. From here, an amazing amount of things will happen in this night. Quinn will blow his cover, eat what must be an exceedingly late dinner, pick up Wade across town, research his former partner’s murder, and strike a deal with alt-Wade’s butler. We know it must all happen in one evening as Quinn never changes clothes. The timeline shifts one last time as Rembrandt finally gets it right by declaring they slide tomorrow. Nice job, Rembrandt. It took you three tries, but you finally locked it down as they do in fact slide the next day. 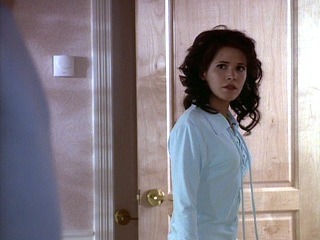 The two elder Sliders get off on a technicality and in the process teach a young lawyer the lesson of trying. Quinn and Wade double-cross alt-Wade and frame her for the murders she committed. She makes one last desperate play to show just how terrible she is and nearly kills Quinn before Wade puts a gun to her head. The four reunite just in time for the slide (which takes place in the day, not the night as Quinn said earlier) and this crazy roller coaster ride is over. Total time on this earth: about 48 hours.

Now that we’ve shredded the timeline, let’s take a brief look at the alt-world. In 1980, Howard Stern hounded Jimmy Carter from office and became President of the United States when the youth of America learned the social security system would run out on them. Stern then proceeded to lower the voting age to 9 and forced mandatory retirement at 30. There are so many problems with this I don’t know where to begin. How do families support themselves? The parents would be forced into retirement while the kids were still in school. Furthermore, how can the U.S. economy hold up if it’s only utilizing 20% of its population to support the other 80%?? Just because the United States was dumb enough to employ this system, there would be no reason for other nations to do the same. The U.S. economy would buckle under the competition and strained resources. Not to mention how vulnerable it would be to outside manipulation and how woefully under-prepared it would be for a military attack. I’m sorry, folks, but this alt-world is a joke with no hope of plausibility. 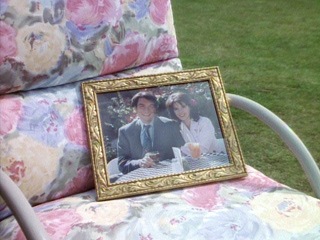 So why do I like this episode? Because it’s fun and engaging. Arturo and Rembrandt’s experience with age discrimination contain some great scenes and lines. Even when reduced to second-class citizenship, Arturo maintains his sense of propriety. At the food pantry, Arturo still rises when a lady sits down at the table. His fights with his “Debbie Gibson wannabe” lawyer, appropriately named Tiffany, contain vintage Arturo lines. The twenty-something judge’s endless parade of age insults aimed at Arturo were also fun, culminating in him calling Arturo “Methuselah,” a man who lived 969 years according to the Bible. Even the music is up-tempo. Instead of the usual incidental music, we get guitar riffs every time something of note happens. The production team did do a good job permeating the episode with a Gen X feel right down to the retro-clothes and know-it-all attitudes.

But Alt-Wade steals the show. She is just so deliciously evil. Sabrina Lloyd doesn’t get much opportunity to flaunt her sexuality as the reserved Wade, but alt-Wade is all that and more in her outfits, long hair and red lipstick. She hardly looks like the same woman, and she certainly acts nothing like her double. Where Wade could barely tell Quinn she liked him, Alt-Wade is all over the boy. But Quinn gets the last laugh, rejecting an advance by telling her “the only thing we have in common is wishing the person we were looking at was someone else.”

Despite its glaring story errors, I get a kick out of “The Young and the Relentless.” The Quinn-Wade marriage was a neat idea and while the Sliders do bring Alt-Wade to justice, we are left knowing this society is going down. “Can’t save every world,” Arturo says glibly. The same could be said of episodes, but the cast was able to pull out what should have been an unmitigated disaster and turn it into one of the finer stories of the season.

3 responses to “Review: The Young and the Relentless”