Think of a Roulette Wheel 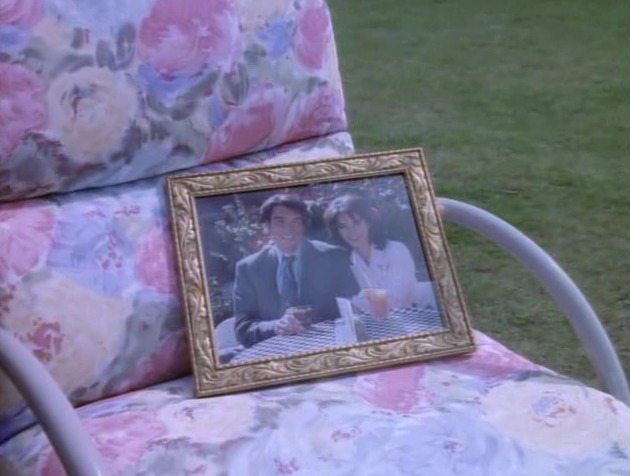 Here’s Something To Remember (The Young & The Relentless).

As Drunk As Possible (Greatfellas).

In my day to day life, I talk about Sliders a lot. The reaction I get (aside from "Ian, really— again?) is pretty much just "oh, yeah, I've heard of that show— they go to different planets right?"

When Moses Delivered Them From The Pharaoh (Post Traumatic Slide Syndrome).

"Post Traumatic Slide Syndrome" is a high-concept episode. Sure, you can have dinosaurs and you can have psychics, but this is something else— to have an episode where the plot is "the end."

Without Condition (In Dino Veritas).

The thing is, this episode couldn't be any less about Dinosaurs if it tried to be.

Same as Me: You Go On Without Her (Obsession).

We're starting to notice the beginnings of the 'downward spiral of guilt' that defines Quinn Mallory's character arc.

Cool It Shall Be, Mr. Brown (Gillian of the Spirits).

The titular Gillian of the Spirits —a teenager who somehow is mentally tuned to higher planes— she's our link to Quinn, and she is excellent.

Life Here is Cheap (The Good, The Bad, and The Wealthy).

"The Good, The Bad, & The Wealthy" isn't solid gold (whiny kid actors will make sure of that every time), but it has it's heart in the right place.

HAPPY HOLIDAYS FROM ALL OF US (me, it’s only me) HERE.

I'll be back next week with "The Good, The Bad, and The Wealthy." Stay warm out there!

This is the Absolute Rock Bottom (Love Gods).

Sliders still doesn't know what kind of show it wants to be. There's no status quo to upset. There's no ground to shake. There's a strong concept, but since we don't really know how we want to apply that concept, we have mishmash, we have soup.

In Case of Trouble, Lie Prone on the Ground (El Sid).

Remember the credits sequence's "a world where San Francisco is a high-security prison?" Well, here we are, folks!

Another season, another credits sequence. It's a little weird to me that every season has at least a slightly different intro.

From Your Lips to God’s Ears (Time Again and World).

Apparently Sabrina Lloyd asked that they give Wade a more robust presence on the show, and this is how they complied

Of Course, I Knew It (Into The Mystic).

There are really two things to discuss about "into The Mystic," and sadly, those two things only refer to about a total of 7, maybe 8 minutes of the episode.

I’m Afraid of Death (Luck of the Draw).

And that's how we end the first season of Sliders.

It turns out that Cleavant Derricks has a twin brother! Which sounds great! It's a budget saver, it's so easy. Except for the fact that this twin brother looks and sounds nothing like Cleavant!

Into This Cosmic Mess (The Weaker Sex).

So we have a tricky episode. It's a concept that's probably the most controversial, the easiest to end up being accidentally offensive.

Until the Fat Lady closes the Book (Eggheads).

The show too often presents itself as a corny action show, but when it puts it's mind to it, it can make some great work about human nature.

The Biggest Sale in the History of Discount Electronics (Last Days).

Hey, we're all going to die someday. That's how it works.

A Fascist Tool of Immuno-Oppression (Fever).

Arturo then takes it upon himself to go through a trash can and INVENT PENICILLIN.

Will you be my Queen? (Prince of Wails)

THIS IS THE THIRD EPISODE OF THE SERIES AND WE ARE ALREADY POINT BLANK RIPPING OFF THE PILOT.

Mark Mothersbaugh of popular band DEVO wrote this song, and much of the incidental music for Season One. Which is, of course, AWESOME

I thought it was a plant holder (Summer of Love).

So here we are, the second episode, and we're fixing the show (whether they know it or not) with some of the tropes that they'll stay with for pretty much the entire show.

I could certainly tell the difference. (Pilot, Part Two)

Quinn has yet to come out of the Vortex. In fact, he never comes out, and the rest of the team mourns his loss for five more seasons.

Well, I wouldn’t go that far. (Pilot, Part One)

Tracy Tormé read an article. The way that he never elaborates on that part of the story makes it seem like he was sitting in the doctor's office waiting for some unseemly exam.

Sliders was a science-fiction television show that ran on Fox from 1995-1997.