Heading into season five of Sliders we pretty much knew this would be the last year for the show. As such we were faced with the knowledge that we had a number of loose ends to tie up. Story arcs that had yet to be resolved. There were the obvious problems, specifically involving the resolution of the Quinn and Colin issue. We also had to consider wrapping up the Kromaggs and saving Earth Prime. We had a pretty full plate. There were also a couple of other loose ends that had gone forgotten. I brought up in an early staff meeting that somewhere out there in the multiverse was Wade and that we needed to solve her predicament. Knowing my mom would never forgive me if I left her in a Kromagg labor camp, I was also a strong proponent of saving Quinn’s adopted mother. She had pretty much gone forgotten since the first episode of the fourth season. 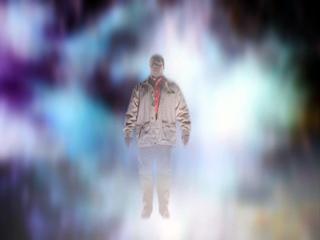 I set out to come up with a way to start tying those latter two problems up. The big questions concerning Quinn and Colin would no doubt be handled in the season finale by all of us. So discussion of that could wait and did, in fact, go on during the entire season of production. That would be an important moment in the entirety of the series. It behooved us to take care of the Wade and Mom problem early so as not to detract from the finale.

The major hurdle to overcome was whether or not Sabrina Lloyd would be available to make an appearance. She was a now a series regular on the show Sports Night and we weren’t sure we could get her. With that in mind I came up with a pitch that could resolve her story without Sabrina’s presence, just in case she was not available.

The story would have been centered around a diary which belonged to Wade. It is found in the wreckage of a Kromagg Manta ship by Rembrandt, Maggie, Mallory and Diana. Not a book in the conventional sense, the device would have been a memory diary – a telepathic device which would permit our heroes to experience, in their minds, Wade’s true and final fate. The twist on the idea was that through some anomalous function of the device the people in Wade’s memories would have been played by our main characters. Kari would be Wade, Tembi Mrs. Mallory, Robert would be Wade’s half-human love interest and Cleavant would play a sympathetic Kromagg officer. 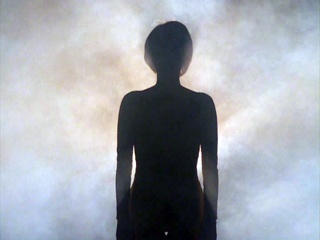 I saw this story as an interesting opportunity to craft a small drama around developing relationships and trust among people who were supposed to be enemies. It would have been sort of a love triangle between Wade, a captive human male hybrid and Wade’s Kromagg intended. On this toxic laden world on which they are stranded they believe they are slowly dying and can do nothing but wait for the end. The truth is, due to the toxins in the atmosphere the party is not dying but slowly mutating into a completely new life form. A form of humanoid that they may have ALL descended from. The feuding characters in our little drama put aside their differences when they learn that deep down they are really all alike.

In the end Remmy, Maggie, Mallory and Diana find clues that lead them to believe that Wade and the others may still be alive somewhere on this world. The Timer runs out and our guys must leave with the knowledge that somewhere Wade is alive and content in her new life. Perhaps their paths may cross again someday (sixth season?) but for now we at least have some closure.

The idea was knocked around for a while but ultimately it was shot down based on the idea that the viewers wouldn’t accept our main players as other people… especially as Wade.

The raw materials were now in place to piece these people together. Enter Michael Reaves. I was a fan of Michael’s from the get-go from his work on the Batman animated series, which I love. He came in with an idea called “Mind Games” that was never meant to be a Wade story. It was more of a love story between Rembrandt and a strange woman who only comes to him in his dreams. Through the dream contact he and the others are lead to the Kromagg base (as seen in the episode) where he learns that she is a disembodied mind powering a new and diabolical Kromagg weapon. It’s sort of a “Whose life is it anyway?” type story concerning issues of “what is life?” and “when should you pull the plug?” 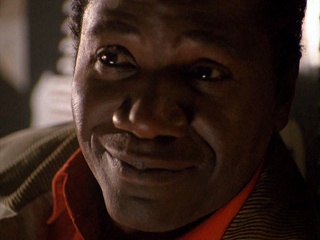 Chris pointed out that Michael’s idea might make a good Wade story. The idea was approved and Michael was sent on his way with the instructions to write it as a Wade resolution script. Very few changes would be required for the overall story beats. The most important provision was that, in the end, somehow the audience must know that Wade is somehow alive and well, perhaps in some kind of altered state.

Michael tailored the script to our needs and submitted it in a couple of weeks. The final draft was a little on the big side production-wise. It involved fleets of Manta ships plus a number of Manta interior sets. Much as we would have loved to have made it as written, it would have been a budget buster. The script was scaled back and made shootable, moving the shipboard action to a Kromagg base. That took about a week just as the pre-production date was looming into view.

Up until the very last minute we still didn’t know if Sabrina would be in the episode. It was written with the idea that, at the very least, Wade would be represented through some kind of voice over. Whose voice we weren’t sure yet. There were a number of small scenes that would utilize a double of Sabrina but we stood ready to expand those pages into featured sequences should she become totally available. Basically, we gave ourselves a lot of ins and outs to cover any and all contingencies. 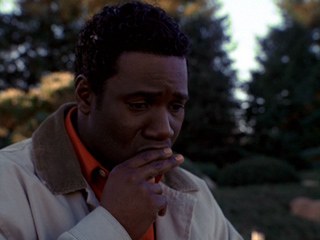 Finally the word came down. Sabrina was unable to be on the show but we would get her for one day worth of voice overs. This we would have to be content with. At least now we could find some solace in the fact that we wrapped up two loose ends in our continuing saga (let’s not forget the Kromagg weapon arc) and we were that much closer to the end of series.

As a sidebar, viewers may note that our “Paradise World” looks an awful lot like Starfleet Academy. That location for Requiem was shot in a Japanese garden that is part of a water reclamation facility in the San Fernando Valley. Star Trek has used this site on numerous occasions for the academy and the main headquarters. Coincidentally, the episode’s director, Paul Lynch, is a veteran of Trek who has shot on that very site.